skip to main | skip to sidebar

Welcome to my Astrophotography Blog!

This is a journal of my adventures in astrophotography -- taking images of distant celestial objects. Please look around and feel free to add your comments, questions, and critique to any of the entries by clicking the "comments" button on the bottom of each entry -- or just say "howdy!

And don't forget to click on the images for a larger view!

So choose either the Red pill or the Blue pill and follow me down the wormhole.... 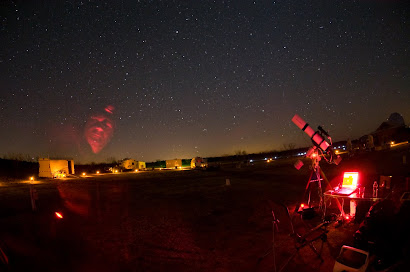 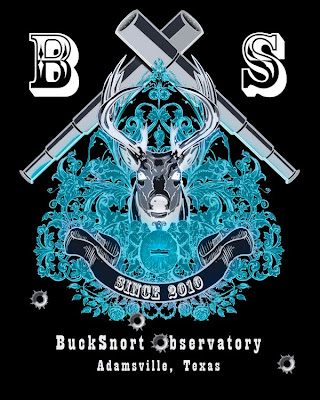 Hey gang, it has abeen a while since I posted on this blog. This is because I have been focusing on my NEW BuckSnort Observatory website : )
http://www.bucksnortobservatory.com/

Please feel free to have a look and let me know what you think. There are still a few dead links, but it is mostly all up. Hopefully it will be 100% soon.

I intend to continue to use this blog for news events, etc. But check out the gallery at BuckSnort for all the latest images.

I have imaged a lot of targets over the last few weeks (thank you clear skies)! As such, I have a backlog of data I have been processing. I like these problems. 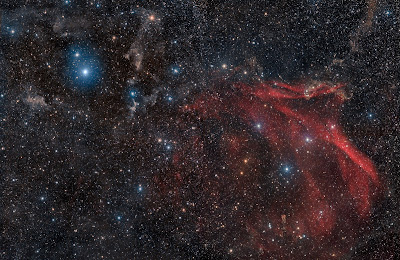 Here is a 4 panel mosaic from the constellation Lacerta that features Sharpless 126 (the red nebula) and a plethora of smaller VDB and LBN objects. 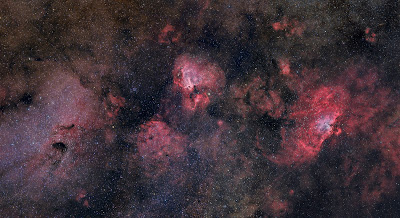 Here is a 3 panel mosaic of the Eagle Nebula, Swan Nebula, and Barnard 92 near the heart of our Milky Way. 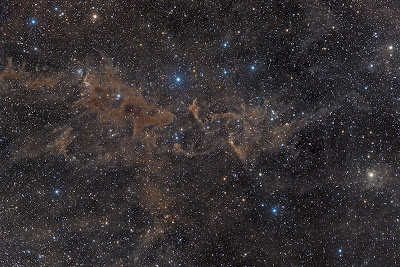 This dusty vista around Cepheus is centered on LBN 552. If you look closely, you can see a dusty "obscene gesture" ...heh, heh. 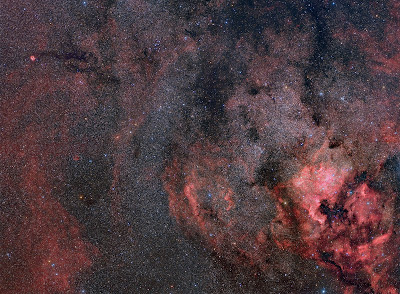 Aha! At last, a new astrophoto! See? I told you I'd have a new one soon.

Yep, after a lengthy haitus (working on observatories, dealing with weather, etc.) I finally have an image to present.

This wide field mosaic stretches from the North American Nebula (lower right) to the Cocoon Nebula (upper left). That's about a 13x10 degree chunk of sky. To accomodate that field of view, I imaged 8 panels to be stitched together into this mosaic image. Total exposure was a little over 12 hours.

I actually started this project at the Texas Star Party back in May, but was unable to complete it due to clouds. I then finished it down at my BuckSnort observatory a couple of weeks ago.

Summer is wide field season, so be on the lookout for more to come!
Posted by Neutronman at 4:44 PM 2 comments: 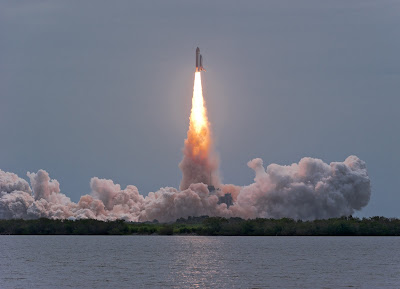 Last Friday July 8th I finally realized a dream and attended my first (and last) Shuttle launch. I just barely made it. Atlantis is the last Shuttle to fly... ever.

The Shuttle program had promised to make space flight routine and common place. It actually worked too well -- many Americans stopped being impressed and/or paying attention. And I too admit to procrastinating up until the very last flight. In fact, if it wasn't for my friend John who works at NASA, I would not have been given the chance. But last week, Kim and I were invited to view the launch as NASA VIP guests!

It was indeed an exciting 2 days. On Thursday, we attended a briefing and were given a tour of the pad (bussing up to the infield fence, right next to the pad itself). Then on Friday, we were taken to the Banana Creek viewing area, the same area from which the astronaut's families view.

And the launch was spectacular!

It was also bittersweet. Since this launch brings the Shuttle program to an end, many of the NASA personel who stood and cheered are transitioning into other areas or being laid off. Surely a shame, especially since the NASA folks I met were extremely impressive and passionate individuals -- real "top shelf" people.

Another thought occured to me as we drove back to the hotel from the launch. For the first time in my life, my country does not have the ability to launch an astronaut into space. I've always felt that NASA and our space program represented the high water mark for America -- especially the Apollo missions. Of course the Shuttle program cannot last forever, but the problem is there is nothing to take its place. And so, if we want to put an astronaut in space we have to ask the Russians. So who won the space race afterall?

I try not to get political in my postings here, so I will stop before I rant. Instead, I'll just say a big THANKS to all the folks at NASA for their great work and great hospitality. It was a fantastic experience! 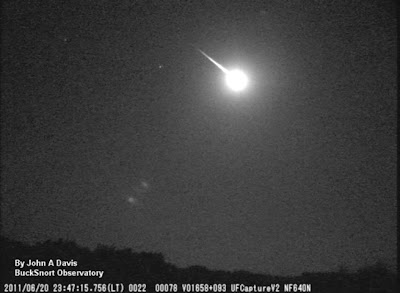 Last night (11:47 pm, June 20, 2011) I caught a HUGE fireball on my meteor camera at BuckSnort Observatory in Central Texas. This was certainly the biggest meteor I have captured so far.

We had clear skies on the Saturday night before TSP officially began, so I took the opportunity to revisit a favorite location -- the VLBA Radio Telescope just a few hundred yards from where Kim and I were staying at the Sproul Ranch.

This year I chose to try a 3 panel panorama with the Milky Way arching to the dish (like a galactic rainbow leading to the pot-o-gold). This was shot with my Nikon D700, 12-24mm lens, on a tripod. Each 3 exposures were 45 seconds, then stitched together using Photomerge in CS5.
Posted by Neutronman at 8:50 AM 3 comments: 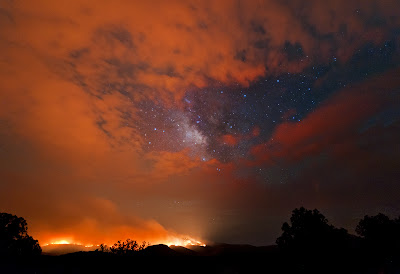 I went to the Texas Star Party last week and once again had a great time. The only thing missing were the stars! We only had 2 clear nights out of the week, but we did have wildfires (and thankfully no one was hurt). This made for some interesting photo opportunities.

I went out late one night with my buddy Vance and I shot the Milky Way as it appeared through a hole in the smoke and clouds.

The next night the fires were still burning (and even larger) and I took Kim up into the mountains to see the flames. We made our way up to the top of the McDonald observatory and I was surprised to see the shutter open on the 107" dome and the astronomers still hard at work -- the fire was only about 3 miles away!

Although I did not manage to finish an 8 panel mosaic I started, it was still a great week. I even won the TSP astrophoto awards : ) 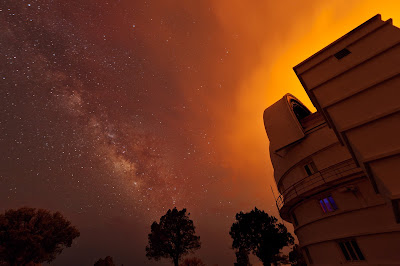 Posted by Neutronman at 4:51 PM No comments: 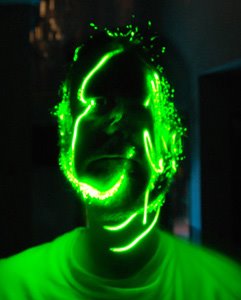 APSIG (Astrophotography Special Interest Group) is a local astrophoto organization sponsored by the Texas Astronomical Society. Check it out!
http://apsig.blogspot.com/

Some of my pal's blogs and stuff!